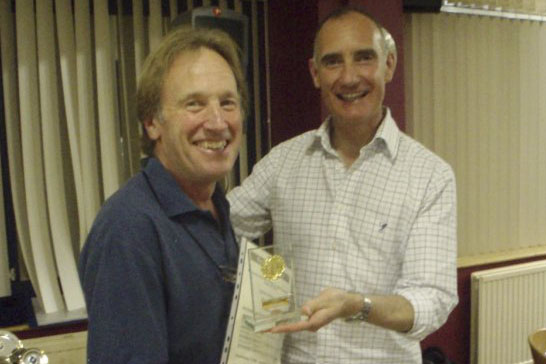 With winter a distant memory the exploits in the mud and cold of the last cross country season were  celebrated in style at the club’s presentation evening held on 21st April. Awards were made by chairman Marco Keir to the most improved male and female runners, for age related performances in the Kent Fitness League, and for members completing a minimum of 6 races overall during the season.

The womens team finished league runners up in the Kent Fitness League with 10 of our ladies scoring at different times. Also in the KFL four of our runners gained age related awards for their season long efforts:

If you haven’t yet tried the ‘blood, sweat and tears’ of cross country then next season is definitely the time to start. The season kicks off in October (usually with our home fixture at Blean) and runs right through til March. With the added challenge of a range of varying courses a full season is excellent preparation for competing in spring road races.