Home » Flying Start To Relay Season For The Harriers

Flying Start To Relay Season For The Harriers

Tuesday 23rd May saw the start of the relay season on a lovely evening down on the Folkestone seafront.  There was a great turnout for both the men’s and the women’s events. The women’s vet 35 A and B teams made a good start on defending their current titles finishing top of the standings. There were some lightning performances on the slightly shortened route along the promenade including Simon Jones in 12.54 and Alex Horsley in 14.09 for the men and Nicola Charlton for the ladies in 16.09. Also in the ladies races new member Hannah Pilbeam and Fiona Tester both recorded  quick times of 16.36.

The second race at Minnis Bay on 30th May came along on another warm and sunny evening. There was a good turnout for both the men and women with  some stand out performances from Sian Smith-Keary, 15.44, and Caroline Wetherill in 15.40 and for the men Mark Peacock in 13.30 and Jethro Kimber in 14.13

After the second round of the series  the ladies Vet 35 A and B teams are still top along with the Men’s Vet 45 and the men’s vet 60 A and B teams.

Well done to all those who have run over the two races. Let’s hope we can keep up the momentum, and the  turnout, for the upcoming events.

Whitstable 10K Goes Without A Hitch 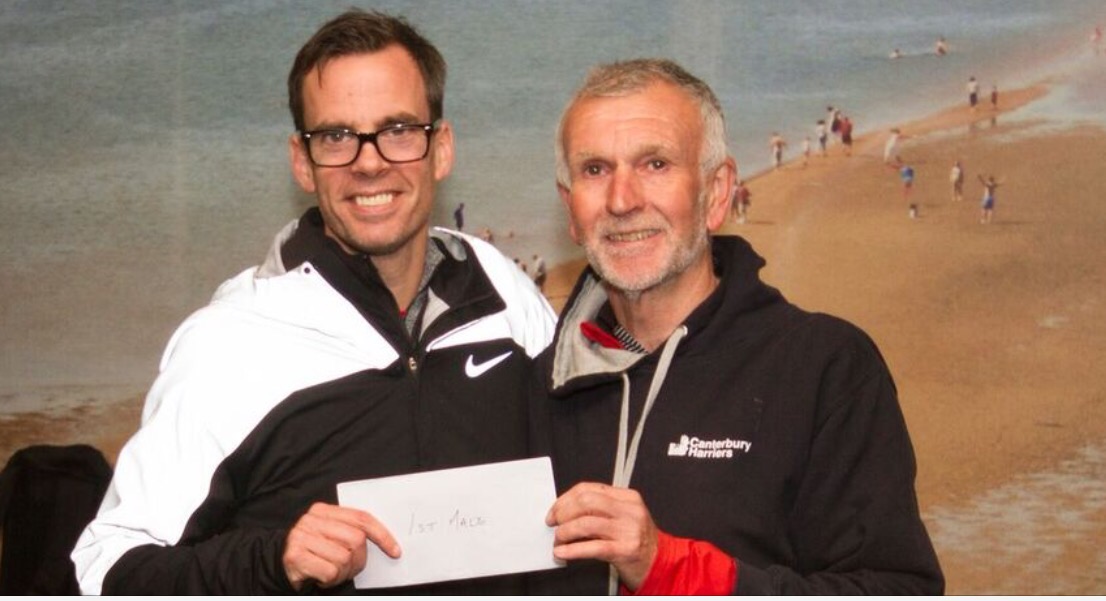 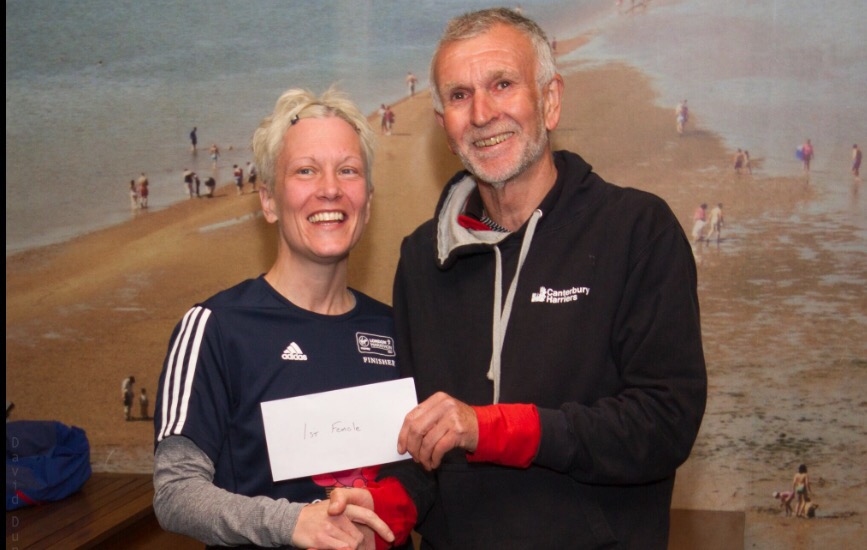 A slightly wet and windy May Bank Holiday in Whitstable was the setting for the 18th Whitstable 10k organised by Canterbury Harriers and sponsored by Baileys Nissan.

Pictured are the two race winners, Dominic O’Mahoney from Invicta East Kent AC, who finished in a time of 32 mins and 56 secs  and Anoushka Johnson from Dartford Harriers AC who recorded a time of 42:41 being presented with their awards by Canterbury Harriers Chairman  Peter Yarlett.  Pictures of  other category  winners  can  be found on the Canterbury Harriers Facebook page.

Running clubs from all over Kent and further afield took part in the race  including a large group from Rebel Runners, a newer club from Medway , using the event as one of their club 10K championship races. Included in their number was the MP for  Gillingham and Rainham , Rehman Chishti, who recorded  an impressive PB of over 40 seconds and finished  24th overall in the race in a time of 40 :35

A total of £1000 raised from race entry fees was donated to the Demelza House Childrens Hospice Charity.

Full results including full details of the race category winners  can be found on the Whitstable 10k website. 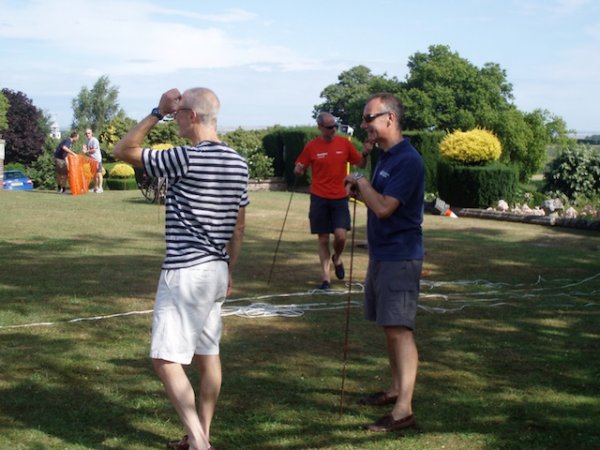 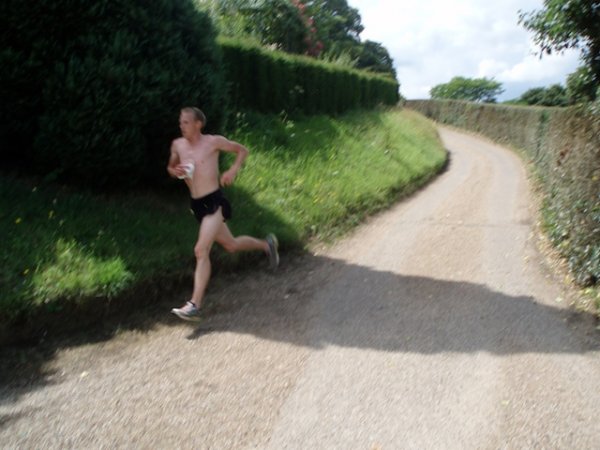 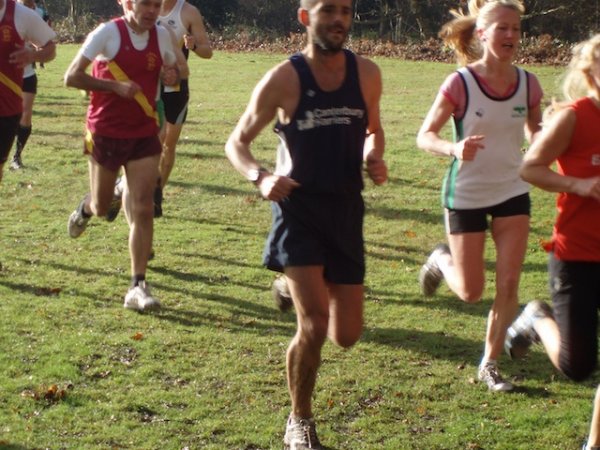 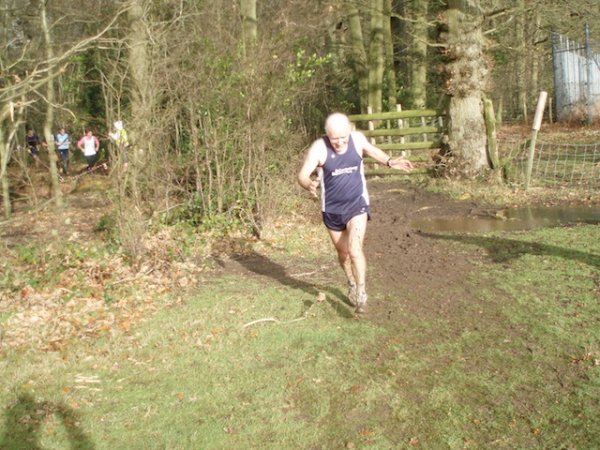 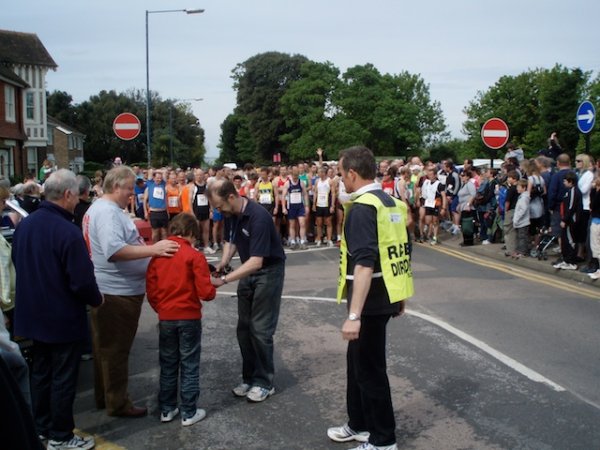 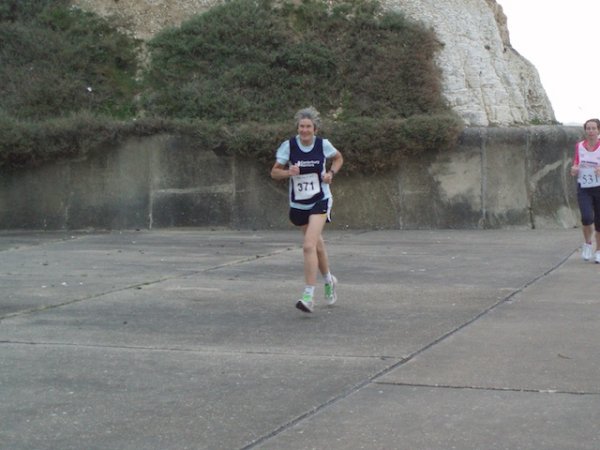 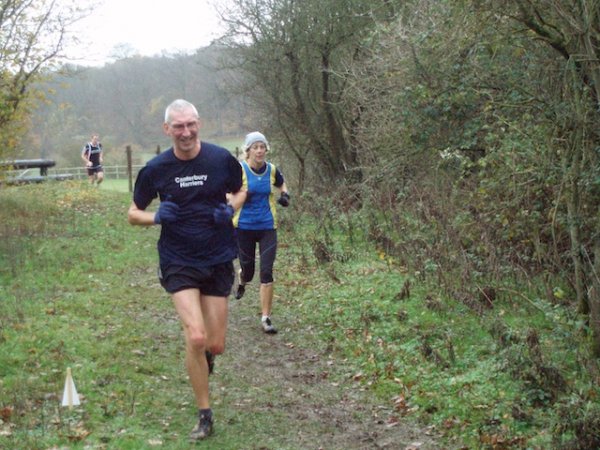 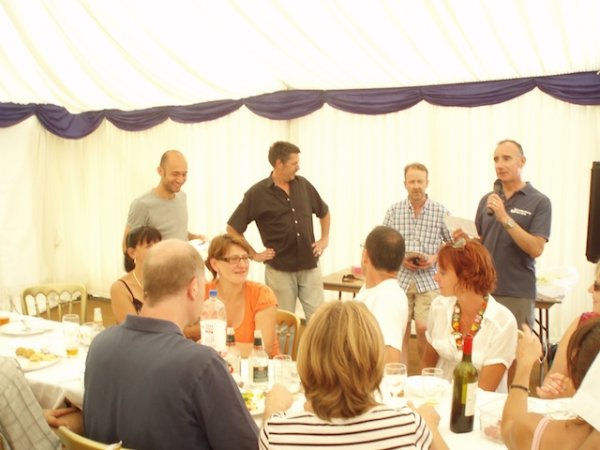 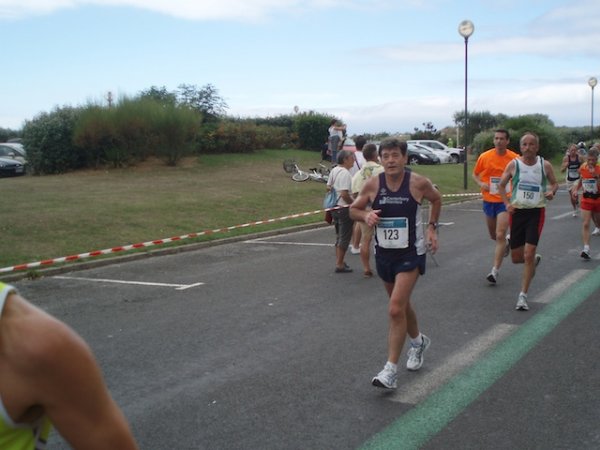 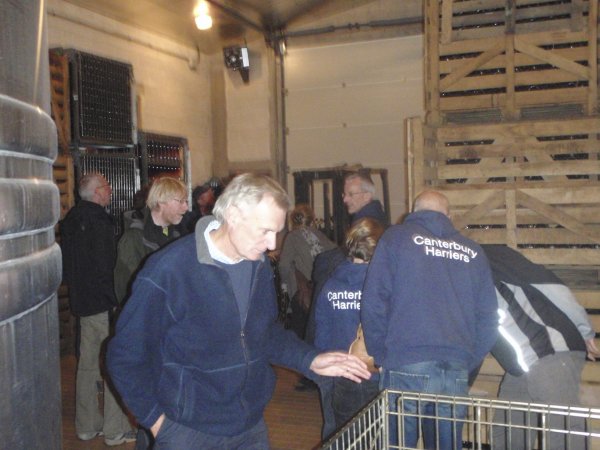 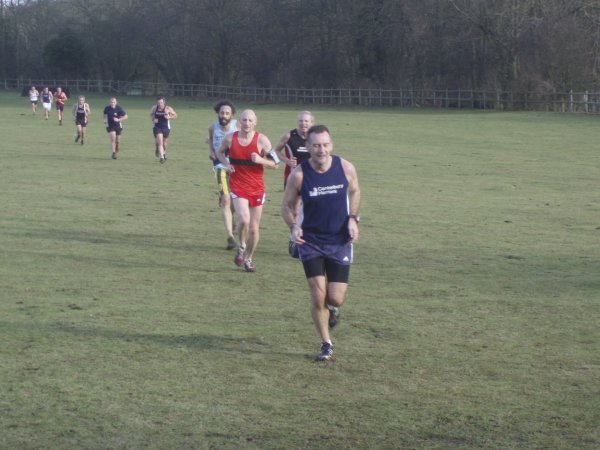 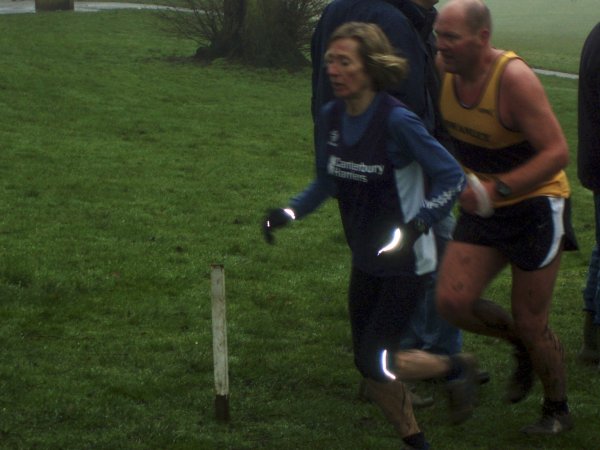 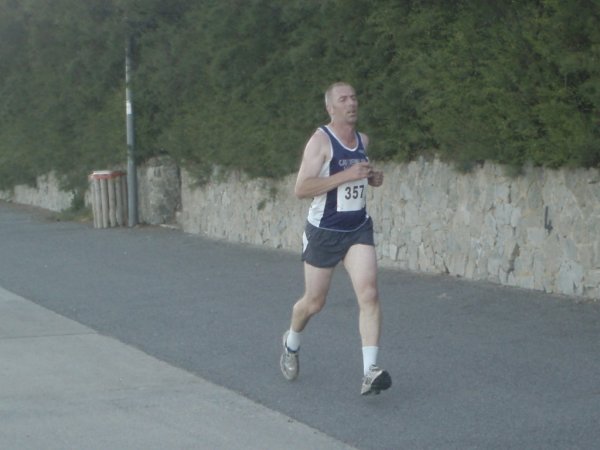 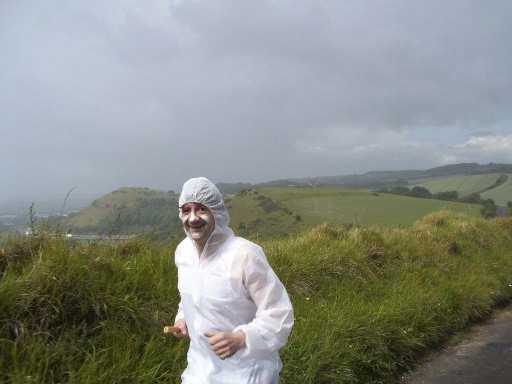 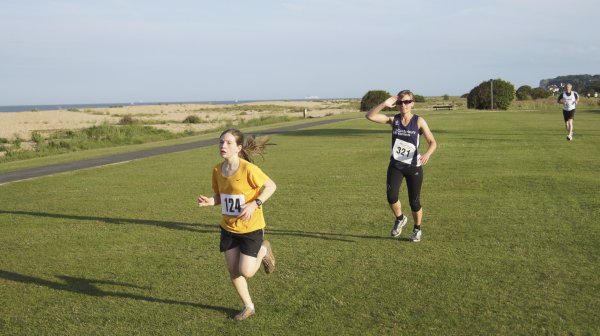 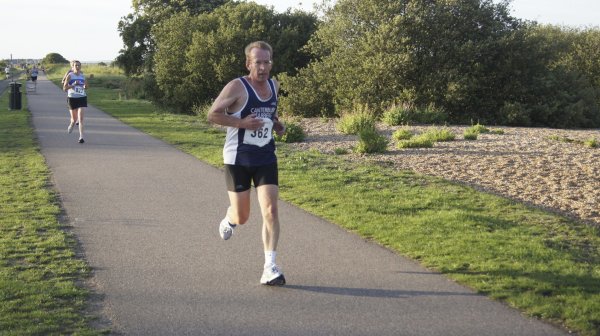 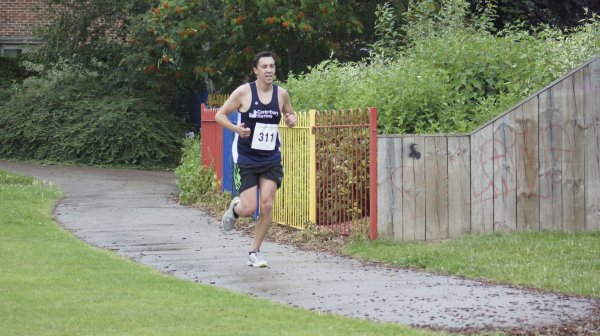 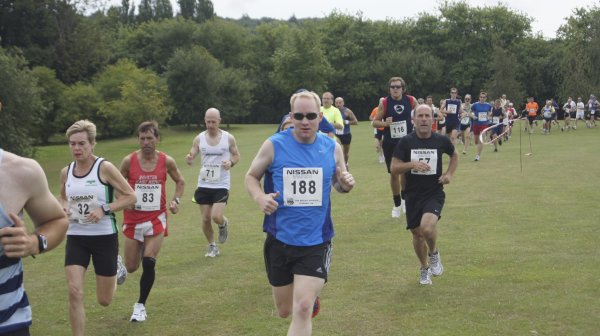 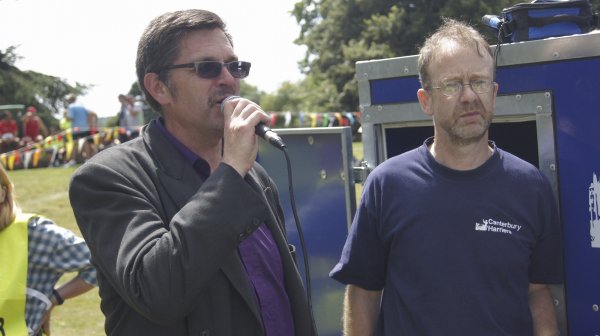 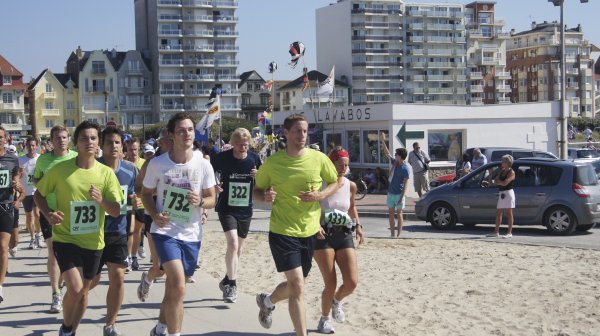 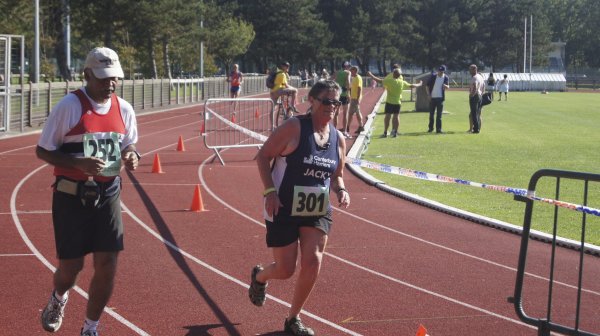 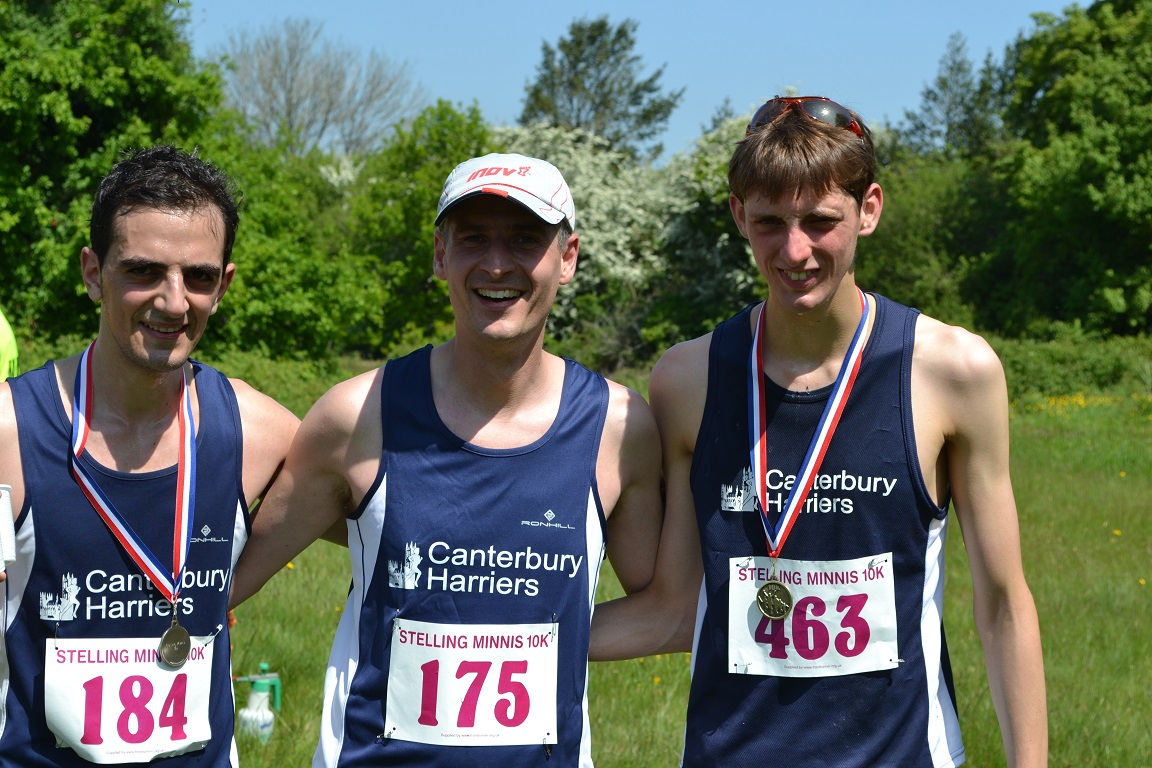