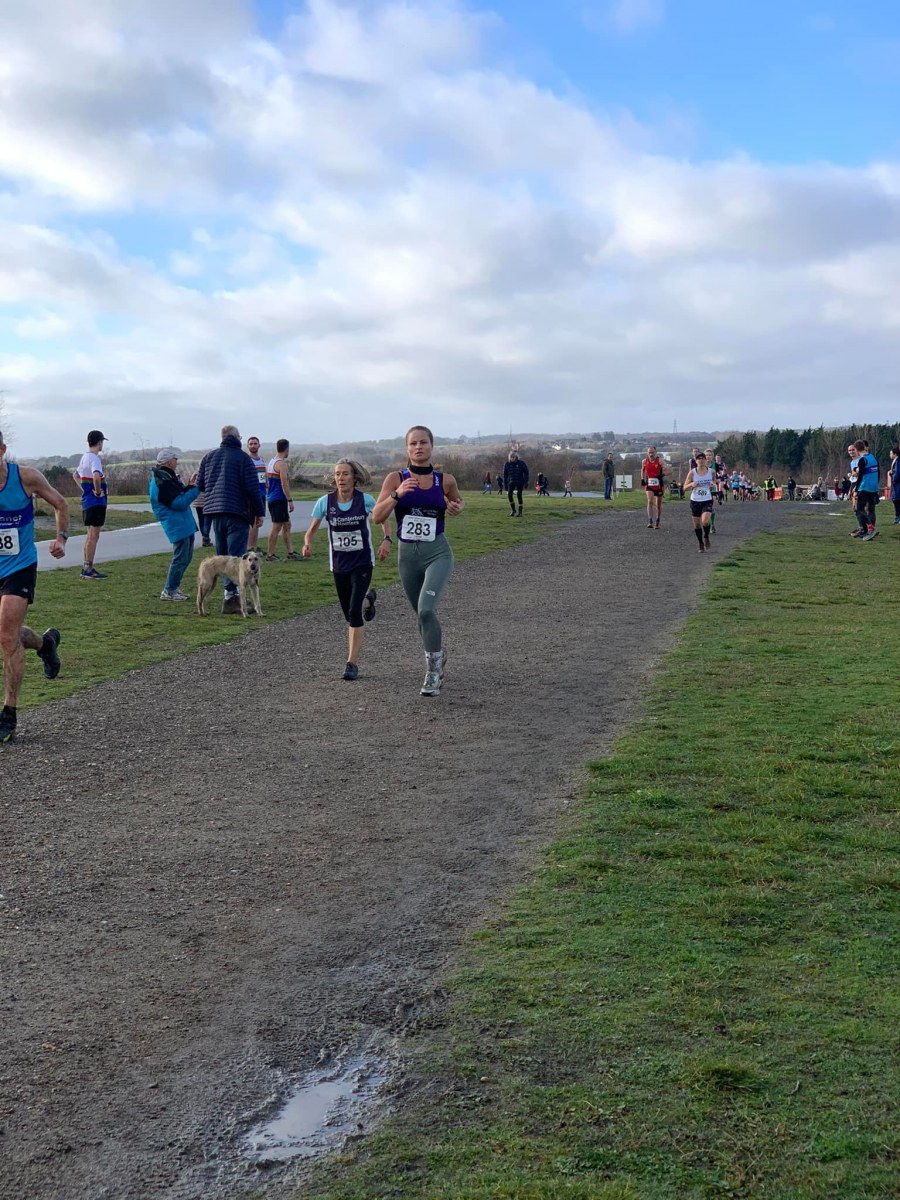 There was another good showing by Canterbury Harriers in the Kent Fitness League race at Betteshanger Park on 12th December with 34 finishers for the club. The women came third in the female team race with Rebecca Williams, Claire Pluckrose (FV45), Barbara Wenman (FV55) and Jean Roffe (FV35) scoring. Hannah Wilding finished between Barbara and Jean but was a non-scorer due to the age category requirements.

In the team standings the Harriers are second in the women’s team competition and seventh amongst the combined teams.

There are photos of the event courtesy of Jean Roffe and Henry Cox.