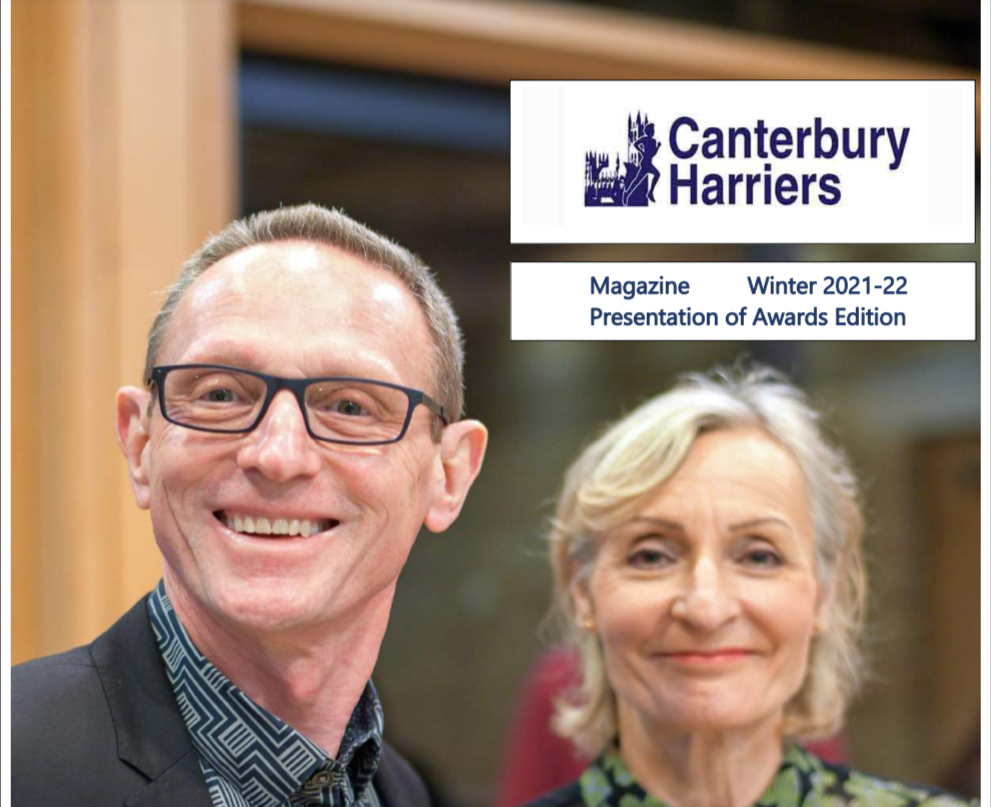 The latest edition of the club magazine has been produced by Tom Hooley and it focuses on the club’s Presentation Evening held on 29th January at the Cathedral Lodge Hotel.

On the front cover are Gary and Liz Robertson. Gary received the award for the most improved male runner for 2020-21. The magazine contains many photos of the award winners and other guests at the dinner.

There are also these features in the magazine:

The magazine can be downloaded from the Magazine page.