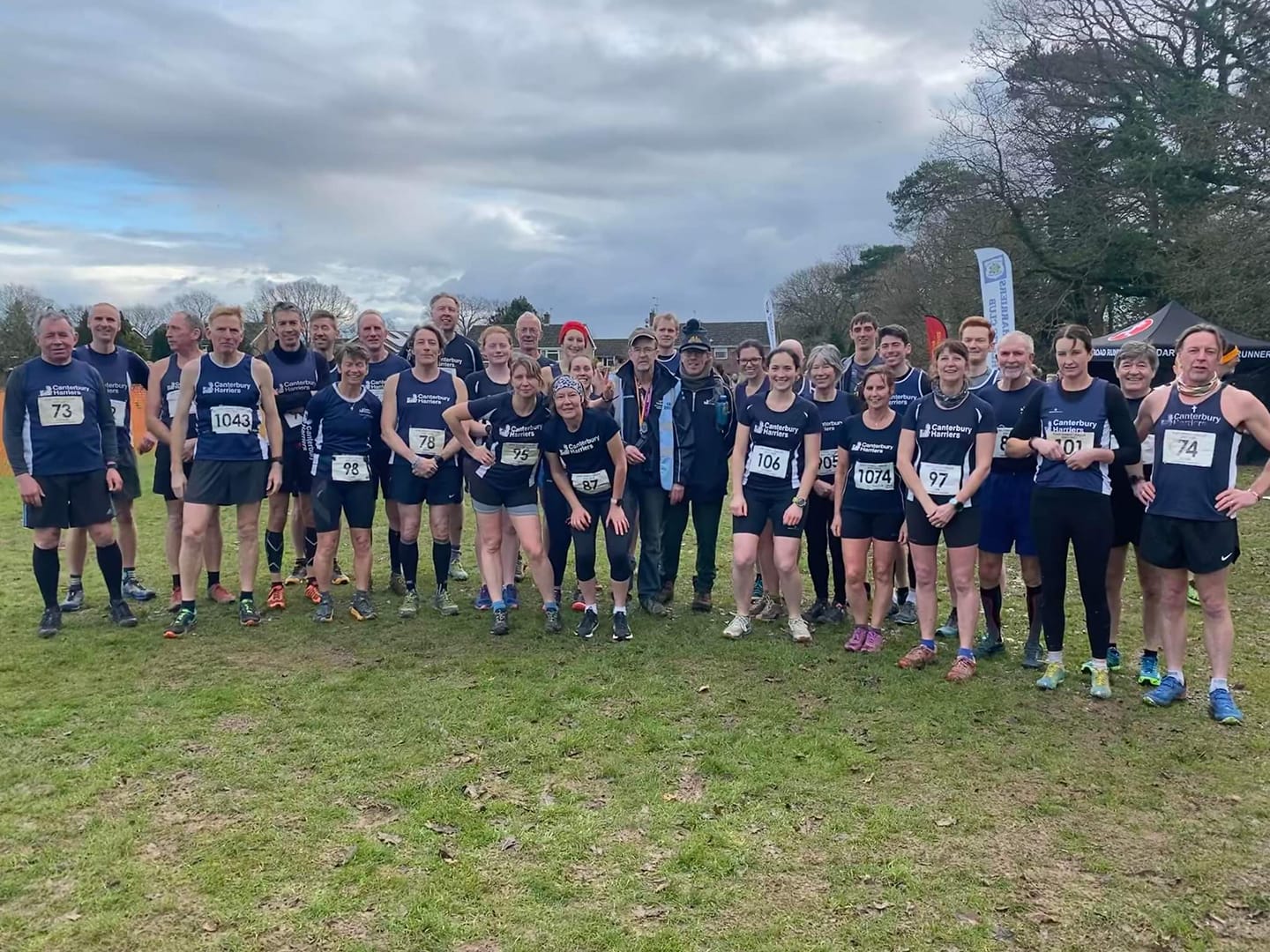 Despite very windy conditions, with some rain, there were a record 435 finishers in the Kent Fitness League race at Blean Woods on 6th February. That beat the previous record of 375 set almost 10 years ago on 19th February 2012. The number of Harrier finishers, 36, also matched the record at the club’s home KFL fixture set in February 2014. (The club’s record number of finishers for any KFL race is 49 set at Minnis Bay in January 2020.)

In the race Canterbury Harriers were narrowly beaten into second place in both the women’s and combined team events. In the women’s the club were just two points behind Sevenoaks AC, with Emily Collins coming fifth female. The other female scorers were Claire Pluckrose, Katriona Sharp and Barbara Wenman, with Rebecca Williams finishing second Harrier woman in seventh place but not scoring. For the men, Peter Hogben was second, just seven seconds behind the league leader in the men’s individual standings, Charles George of Paddock Wood. Yiannis Christodoulou, Simon Jones and Henry Cox were also all in the top 20. Andrew Woods made an impressive debut coming 25th but unfortunately did not score as all the scoring slots for senior males had been filled. Alex Horsley, Greg Norman, Jon Blunt and Colin Kent were the club’s other male scorers. Canterbury Harriers finished a total of just 20 points behind Medway and Maidstone AC in the combined.

In the team standings the club are just one point behind Sevenoaks in the women’s team competition and are sixth in the combined.

With this race Barbara Wenman became the first woman in the league to pass 4000 in total scoring runners beaten (SRB) and her total now stands at 4037.

A very big thank you to all the Harriers and their families who assisted in putting the race on, especially in the weather conditions.

There are photos of the event in the Gallery.

Robin Bell has done a YouTube video of the race: